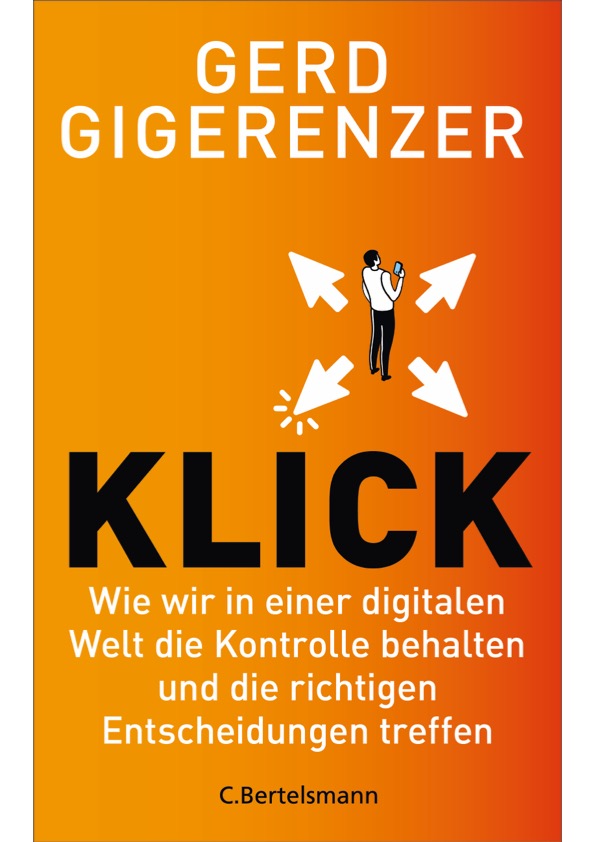 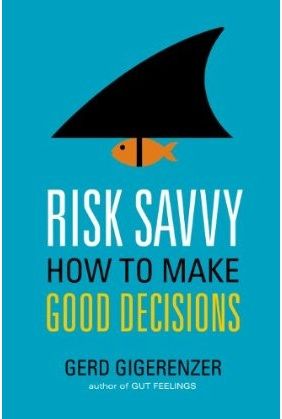 An eye-opening look at the ways we misjudge risk every day and a guide to making better decisions with our money, health, and personal lives.

In the age of Big Data we often believe that our predictions about the future are better than ever before. But as risk expert Gerd Gigerenzer shows, the surprising truth is that in the real world, we often get better results by using simple rules and considering less information.

In Risk Savvy, Gigerenzer reveals that most of us, including doctors, lawyers, financial advisers, and elected officials, misunderstand statistics much more often than we think, leaving us not only misinformed, but vulnerable to exploitation. Yet there is hope. Anyone can learn to make better decisions for their health, finances, family, and business without needing to consult an expert or a super computer, and Gigerenzer shows us how.

Risk Savvy is an insightful and easy-to-understand remedy to our collective information overload and an essential guide to making smart, confident decisions in the face of uncertainty. 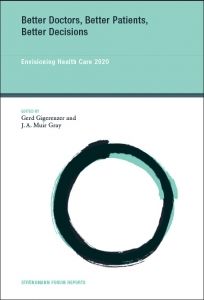 Contrary to popular opinion, one of the main problems in providing uniformly excellent health care is not lack of money but lack of knowledge on the part of both doctors and patients.

The studies in this book show that many doctors and most patients do not understand the available medical evidence. Both patients and doctors are "risk illiterate" frequently unable to tell the difference between actual risk and relative risk. Further, unwarranted disparity in treatment decisions is the rule rather than the exception in the United States and Europe. All of this contributes to much wasted spending in health care. The contributors to Better Doctors, Better Patients, Better Decisions investigate the roots of the problem, from the emphasis in medical research on technology and blockbuster drugs to the lack of education for both doctors and patients. They call for a new, more enlightened health care, with better medical education, journals that report study outcomes completely and transparently, and patients in control of their personal medical records, not afraid of statistics but able to use them to make informed decisions about their treatments.

Chapter 1:
Launching the Century of the Patient 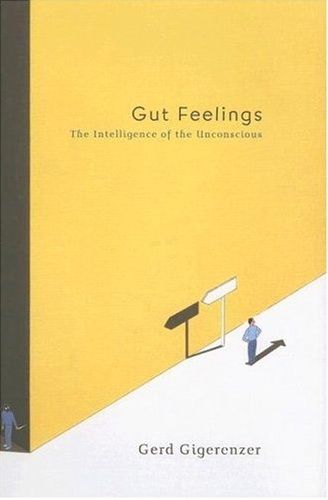 How does intuition work? Can following your gut feelings lead to some of the best decisions? It seems naive, even ludicrous, to think so. Yet drawing on a decade of research, Gigerenzer demonstrates that our gut feelings are actually the result of unconscious mental processes - processes that apply rules of thumb that we've derived from our environment and prior experiences.

"Memorable. Clever. Gerd Gigerenzer locates specific strategies that the unconscious mind uses to solve problems. These are not impulsive or capricious responses, but evolved methods that lead to superior choices."
The Boston Globe

"The science behind the phenomenon cited in the bestseller Blink ... Useful and clearly written."
Business Week

Winner Best Science Book in Germany and the Handelszeitung Business Book of the Year; shortlisted for the Royal Society Prize for General Science Books. 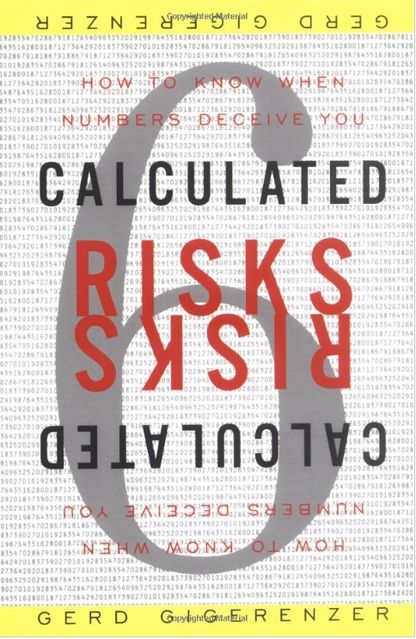 "The unique value of Calculated Risks lies in the practical and simple tools it provides to help readers understand risks and communicate them effectively to others. These tools are easy to learn and should be mastered by every medical student, health care provider, and professional who is in the position of having to understand and explain to others choices involving risks and uncertainties."
New England Journal of Medicine

"Gigerenzer, a cognitive scientist with an imaginative approach both to theory and experimentation, has set out to write a popular, accessible book. His broad theme is that probabilities are often misunderstood, but that those misunderstandings could be avoided more often were professionals to represent risk and uncertainty more clearly."
London Review of Books

"Indispensable ... The book will change the attentive reader's way of looking at the world."
Sunday Telegraph

"This book should be pressed into the palms of anyone who has ever read an alarming statistic."
Independent

Click here for more information and to browse inside (amazon.com). 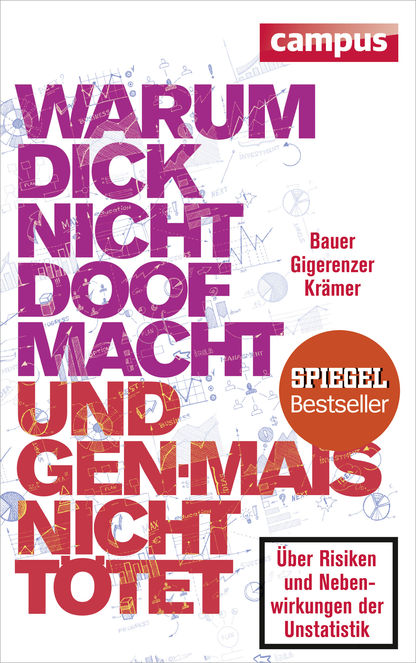 Shark attack fatalities double from 2010, women still earn less than men, genetically modified corn is carcinogenic, eating chocolate makes you thin, Poles work harder than Germans: Headlines like these circulate almost daily in the media, where the competition for attention is tough. There is hardly a news medium that doesn’t resort to rankings, superlatives, and growth rates, such as where to earn the most, how high the risk is of certain diseases, who lives healthier and why. However, most of these messages are based on highly questionable data, and many are completely false.

To expose such distortions of reality and help interpret numerical representations correctly, Thomas Bauer, Gerd Gigerenzer, and Walter Krämer began publishing the “Unstatistik des Monats” in 2012, in which they dissect recently published statistics and their interpretations. Now they present a collection of these and many new examples in their book.

The authors highlight the negligence of many so called statistics experts: hiding background information, not indicating reference values, making no distinction between percentages and percentage points, confusing relative and absolute risks, claiming causal relationships where there is only correlation. In their book, the authors show how to identify bad statistics, how to be on guard against manipulation, and how to better understand the world of statistics, numbers, and probabilities.

This book is only available in German.